July 09, 2016
Hi guys!
Thanks for reading! It is my absolute pleasure to bring you a very special celebrity Fresh Faces participant. He is none other than the footwear phenom, Mark Schwartz! With a client list that exceeds a mile long and talent that is clearly divine, he certainly has more than his foot in the door. He has a montage of accomplishments in the fashion industry that anyone who is aspiring to succeed, especially in arts and footwear could benefit from observing! I would like to give him a special thanks for agreeing to work with me on this project! It is greatly appreciated..
How does one begin to scribe the fabulous host of achievements that Mark Schwartz has gained? Well, let's begin with the fact he has been creating and comprising some of the most artistically innovative shoe designs and foot wear that the world has ever seen for well over three decades! If you ask him why his passion is foot wear, he can tell you that he believes shoes are an accessory that he considers to be "the most artistic and important." Fashion models have stomped the stage in his work throughout the fashion capitals of the world including Paris, Milan and New York. This is in addition to his various appearances across some of the best industry rags and publications such as as W, Elle and Vogue plus many more. If that was not impressive enough, this modern day mogul spends half of his life in the most romantic city on the planet! You guessed it. ITALY! This is where Schwartz comes up with some of his best work. Not only does work for the purpose of artistic expression but some of his services for every day clients include sourcing,private label design, last making, heel making as well as full design.

Mark's beginning is even more impresive than his present day prominence in the arts and fashion industry! He got his start in the industry while in his early twenties back in the 1980's. He had a long term job with Roger Vivier, a shoe design master. According to his LinkedIn profile, "Schwartz was hand picked by Vivier to be his assistant in design, after 2 years Schwartz was promoted to Creative Director of Roger Vivier International and was responsible along with Vivier for many of the eclectic shoes that Vivier was designing in that period, many long days drawing with Vivier and falling asleep at his desk , only to wake up amongst sketches and ideas for the next Roger Vivier collection." With such an honorable reputation for great work and breathe taking results, he was introduced to the culture conceptual legend, Andy Warhol through Roger Vivier. He mentored Schwartz for approximately 4 years before his passing. Not only did he give him creative enlightenment but he guided him to the point of creating actual art work and paintings based off of his foot wear designs! And, as you can see in the pictures below, his work is eye catching.
Some of Schwartz celebrity clients include the following:
Oprah , Madonna , Katie Couric, Angelica Huston, Sharon Stone , Wendy Williams, Lady Gaga , Ralph Lauren , Balenciaga , Gucci, Jean Claude Jitrois, Calvin Klein , Richard Tyler, Mark Eisen ,Balenciaga , Gucci , Neiman Marcus, Bergdorf Goodman
It is quite obvious that Mr. Mark Schwartz is a very successful individual not only in fashion but in his art! It is amazing for me to be able to say that he is very humble despite this fact! His use of saturated color, high contrast and high fashion are more than visually pleasing! If you would like more information on him and his work, please visit his website linked below!
.Website 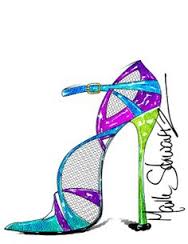 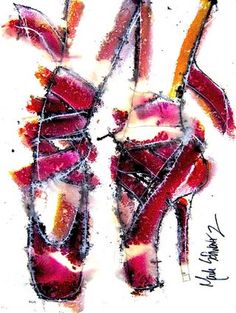 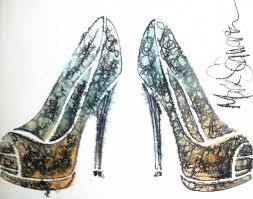 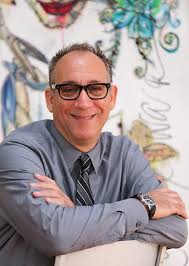