Meet The Artist Behind The Handprints and Circles: Teresa Fe-fe Barrow

Today, I am bringing you guys a spotlight feature on one of Chicago's hottest celebrity fashion designers. You've seen her face before on my blog but this time, you're gonna get the details behind the fabulous work of Miss Teresa Fe Fe. Can we get a round of applause? Here's her story.

Teresa Fe-Fe Barrow is the power behind Teresa Fe-Fe Designs (formerly Exquisite Taste of Art). Ms. Fe-Fe created unique designs that included hand painted jackets, purses, hats, shoes and wall art. Her artistry has landed her  numerous international opportunities such as being featured in magazines, videos, plays and runway shows. Ms. Fe-Fe is also one of the Designers for Glenn Jones, Mike Epps, , Lakeside and Con Funk Shun with the lead singer and bass player being her Celebrity Brand Ambassadors. She has positioned herself with being highly sought after by many performers for unique costumes. One of her main accomplishments is opening her own Art and Fashion Design Studio in Crete, IL..

She started as a shy child, painting and drawing on walls while getting in tons of trouble by her late mother. She would often rip up her new clothes or paint on them because basic fashion was boring in her eyes. She always felt that you must bring out the STYLE in a person! Her inspiration stemming from the deep correlation between color, vivaciousness and life, her artistic roots ran deep.  One day her former employer posed the question, “if you received a call telling you your Mom was rushed to the hospital what would you do?" She honestly replied, “Go by my Mom’s side." It was then that she realized she needed to be able to call her own shots as an entrepreneur. She set out on a long road that was sure to be bumpy but would ultimately lead to her success in the tough world of arts and fashion.

A trial that she faced in her path was the fact that she was very self sufficient and independent. Yet, when you work in fashion you many times have to rely on your counterparts. Depending on others when it came to booking models, finding venues, gaining resources and sponsors was difficult but it worked to her benefit. She has built up a brand that serves not only the every day fashionista but multiple celebrity clients, as well as being looked at as a Master of Fashion for various stores and boutiques.

She recalls her first major move in the celebrity styling realm. She was helping a friend get ready for a show that he was hosting in Las Vegas, and was repulsed by the bland wardrobe that he had prepared. Using her pizzazz and artistry, she redesigned the entire thing, using her signature technique of hand painted inserts. He was floored and in return gave her information to his celebrity counterparts. From that, she gained exposure and a couple of clients! She says the rest is history.

Although she feels that losing her mother was indeed her biggest set back in her stride, she continues to push on and make great progrss in the fashion industry. She admits that not having that support, as well as constructive criticism behind the scenes is hard, it makes her even more self reliant. I must admit she's doing a darn great job at it too!! She is now working on releasing a Summer collection with some new vibes for her fans. And, she has been keeping busy traveling to be featured in various fashion shows, photo shoots and charity events. Much of this is done for free, supporting the creative industry by donating her time and her awesome works!

One thing that I also deeply appreciate about Miss Barrow is the fact that she works hard to make opportunities for creators of color. It is so difficult in the first instance to be a successful fashion model, designer, PR, photographer etc. Being a minority only adds an additional struggle. Miss FeFe's fight against that by partnering mostly with individuals of color, such as myself, plays a great part in job creation within the fashion industry.

Also, if you notice the connection between her style of design and her childhod it is certainly cohesive. Now, as a successful adult she incorporates hand prints into her work to serve as a metaphoric pattern as is her childhood days painting on the walls. It is a clear sense of the full circle that many artists encounter where they return back to their roots. Think nuance alpha and omega. Brilliant to say the least.

Please go check out the images and links below and help support her! You won't regret it. 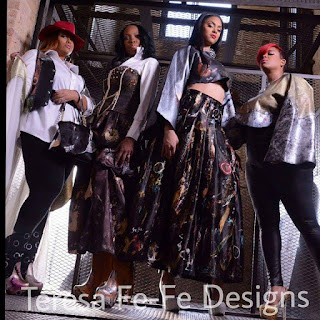 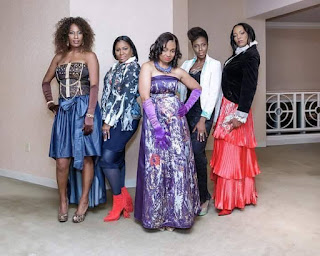 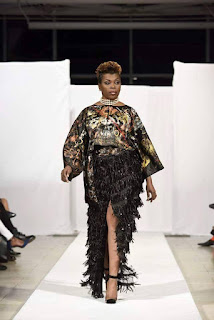 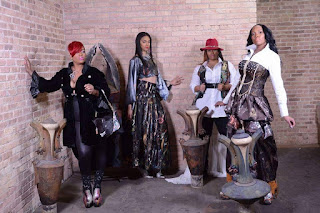 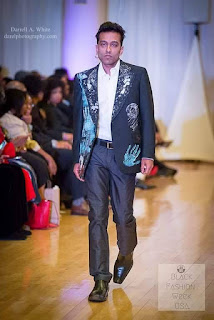 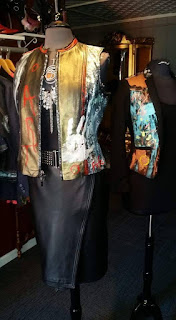 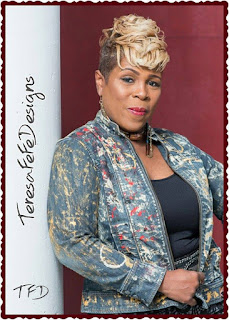 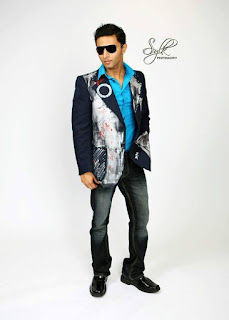 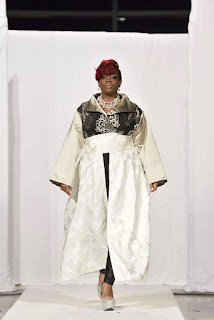 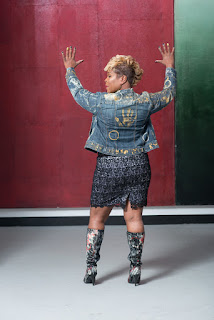 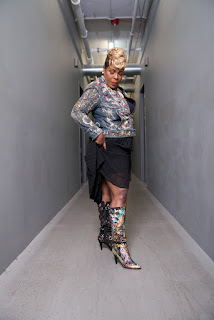 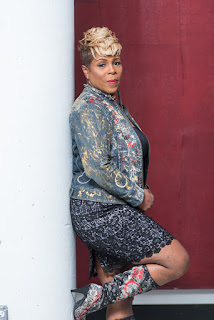 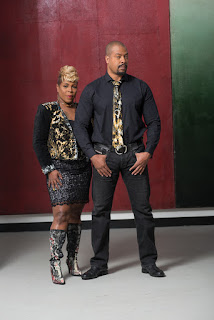