Thanks again for reading. Today, I present you with one of the most firey curve models that I've ever had the pleasure of meeting. Her name is Sarah Figueroa aka ChiChi! She's a brown eyed, tan skinned bombshell who wants to conquer the world of curve modeling. She has impeccable drive and is not letting anybody take her vibes or her shine.

She was born in Brooklyn, New York and is 100% Boricua. Even at the age of ten years old, she was known to be outspoken and vibrant in personality. She always voiced her opinion and made sure that she came correct. **snaps**

Her sassy ways however do not conflict with her kind heart and caring attitude. She is a humanitarian and a civil rights activist with United Third Bridge where serves on the Board of Directors. In 2015, she began to host Outline Talk Show with Jae Monique. The show started on Blogtalkradio and quickly was syndicated by Armed Radio Global. With such wild fire fame, it was picked up by majot station WJFP FM just a few episodes later!

In 2016, she began modeling for fashion designer, Timothy R Richards. This later spiraled into opportunities for full on editorial spreads, one of which was for Orlando Talent Magazine. She also had endeavours in the cinema scene where she was recently featured as a supporting actress on a short film Betty Bangzers Spa. She also plans to begin filming for an independent comedy-drama film in early February.  Along with all her many talents and projects, she is currently a PR/Talent Manager and considered to be one of the hardest working in the industry. This chick knows both the business side and the performance side, she's got the brains and the beauty!

Chichi is working hard on making it in the entertainment industry to make sure she later has the resources to fulfill her greater purpose in helping others and giving back to the community even moreso. She wasnts to open a non for profit organization that will help women that have been through domestic violence, trauma, and addiction. The organization will ultimately have several programs that will teach women how to go from survivor mode and into empowered leaders.

Clearly, you can see that Miss Sarah is a powerhouse of ambition and talent. Please go check her out at the images and links below to support! It is very much appreciated! 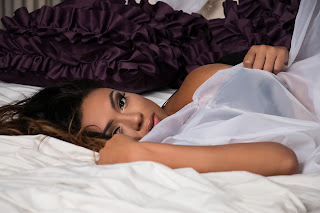 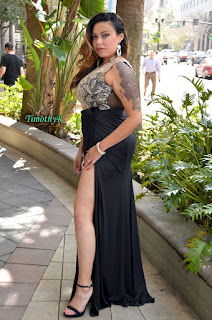 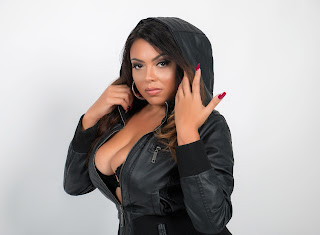 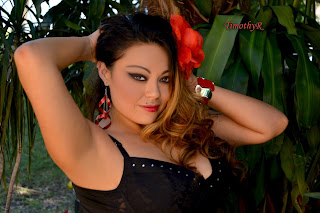