Today I am coming to you with a Fresh Face that really spoke to me as a curvy woman. She is the CEO of Amy's Undies. Because she had a lot to say, I felt it to be a good idea that she have her entire dialog presented. Here's what she had to say!

"Hi, my name is Amy Jones, I’m 34 and born and raised in St. Louis, MO. I am the Founder of Amy’s Undies.My intention is to evolve the women’s sizing system to address the main areas of fit problems. To start off I am going to be providing underwear that fit all sizes of behinds.

A little background to how I got here:
I decided at the beginning of the year that I needed a revamp of my underwear drawer because there was alot of just Hanes bikini in there.If I bought my “size”, every time I walked or sat down I would get a wedgie, we won’t take up what happens if I go to the gym. If I went up a size I was walking around with a lot of fabric that feels like you are wear a lose balloon. Well $500 dollars and alot of time spent, everything was in the trash as the underwear I had found was so much more uncomfortable then the underwear I had been wearing, I was – to put it nicely - upset.
So I started to research underwear for those with more butt, well there is none. There is alot of padded underwear though to make it look bigger. I am not a big girl so why is there a problem.
Well the women’s sizing system is broke.

I researched how sizing came about, all of the different sizing charts from the different stores and found that all the manufacturers make clothing for one size behind: 2-3 inches. I found out that was why all underwear was uncomfortable and gave me wedgies - even the ones that said that they wouldn't. So, I saw that I had to make the underwear if I wanted comfortable underwear. Alot of research and 6 months later I had written a patent pending for a measurement system and found a manufacturer that totally got the purpose.
What is considered an average butt is 2-3 inches. This is the butt that women’s underwear manufacturers make underwear for. Let’s say she has a measurement of 36” at the waist band (or what is referred to as the high hip), and she has a measurement of 39” at the largest part of the hip (this is what is referred to as the low hip or full hip). You can see there is a 3” difference. That is the standard.

For me personally, I have a difference of 4” and I know plenty of my friends and other women I have worked with have differences of 5, 7 or even 9 inches.
Not a single manufacturer has designed underwear for women with more curve.
Levi’s did a body scan study that in it’s stores globally of over 60,000 women before October of 2010. This shows the population distribution of this particular issue and the largest distribution is between 4 and 7 inch difference between the low-hip and high-hip.
These are some statistics that were done in April by Body Labs, they collect, digitize and organize data and information related to human body shape, posture and motion. This was a survey of 1,130 people on their purchasing of clothing.

So  23 % of all clothing purchased gets returned.
64 % say incorrect fit is the major reason for returning clothing.
57 % of consumers only purchase apparel or footwear online from brands or styles they know will fit.
85 % of those people would purchase at least 1-2 more articles of clothing during a single transaction if they could ensure a proper fit. 91% of those people were women.

Every women deserves comfortable underwear but the problem is the sizing system is stale and still tries to cram women of every shape into the sizing standards invented in the 1940’s, the sizing has only evolved somewhat in last 10 years to include your curvy jeans(which barely fit right on me) and plus size women(where there are to many issues to even take up).

My sizing chart takes into consideration the different sizes of behinds and within those categories are your xs-xl. For those that are aware of the retail system, maintaining your inventory is one of the greatest difficulties and that was considered so I wrote an algorithm as part of the patent to address this and maintain certain sizes at a certain inventory amount depending on demand. For underwear I found out that because of the stretch of the cloth used I can cover 2 categories at a time, which was another reason to start off with underwear as the overhead was smaller than other types of clothing.

I have done all the patterns and prototyping. Found the types of materials that will be used and the sourcing for that. I launched an Indiegogo campaign at the beginning of November to fund the first run and just trying to get the word out.
Eventhough I’m starting with underwear, that is not the only clothing that women have trouble finding the correct fit in and the patent covers those main difficulties and this will become a full clothing line. " 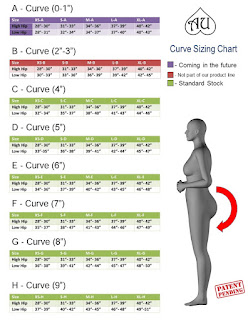 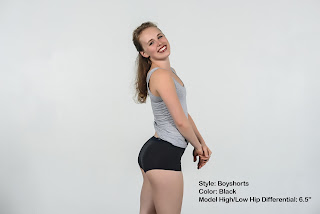 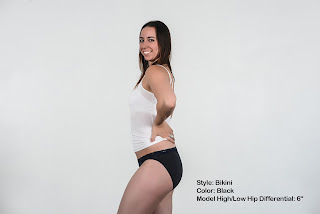 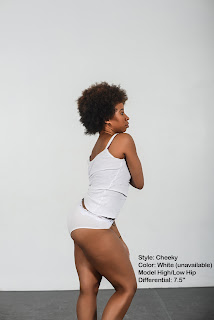