I hope that everyone is doing amazing! As you know, I'm starting a new series on my blog called the "Living My Best Life Tour" and it chronicles all of my fun endeavors on my journey to healthiness and happiness. This is the third installment in that series, discussing my experience seeing my FAVORITE country band in concert, Rascal Flatts, with my play sister Ariel. 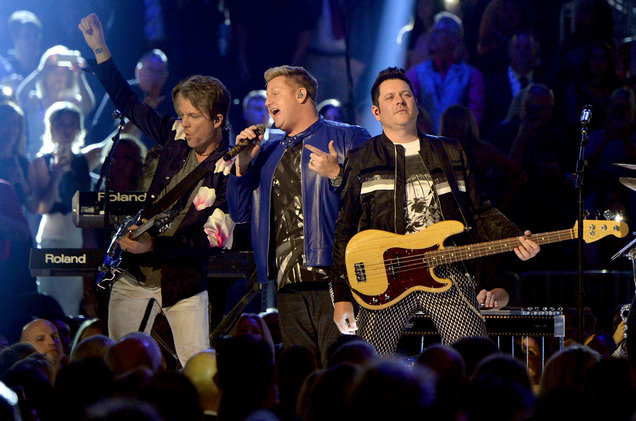 The key factors that attract me to Rascal Flatts are their diversified songs, strong vocals and their deep lyrics. They gave me all of that and more in their performance! I felt like I was in another world at the beautiful Hollywood Casino Amphitheater in Tinley Park. I'm not gonna lie. Tears definitely fell when they sang long-time favorites like "Bless the Broken Road," and "What Hurts The Most." I was already fairly emotional due to being in the process of healing from falling in love with a very toxic man, but to hear those songs be sang with such passion and power, it felt like Rascal Flatts was talking directly to me. Clearly, I wasn't the only one who felt this way because the entire crowd was swaying and waving their lights around in unison.

On a different note, I felt very inspired and encouraged when they sang songs like "I Like The Sound of That," "Life Is A Highway" and "My Wish." To hear those positive messages during such a hard time was soul-soothing and I think that everyone in attendance could relate.

For the first time, I went to a concert and fell in love with the opening acts. This has never happened before. The opening acts were Billy Currington and Jimmie Allen. They held it down for us while we waited for Rascal Flatts to appear! I must say that "Best Shot" by Jimmie Allen and Billy Currington's "We Are" and "It Don't Hurt Like It Used To" are now forever in my playlists. They did an amazing job.

Thank you so much to Rascal Flatts! It's been at least 10 years in the making, but I finally got to enjoy you live.
DISCUSSION