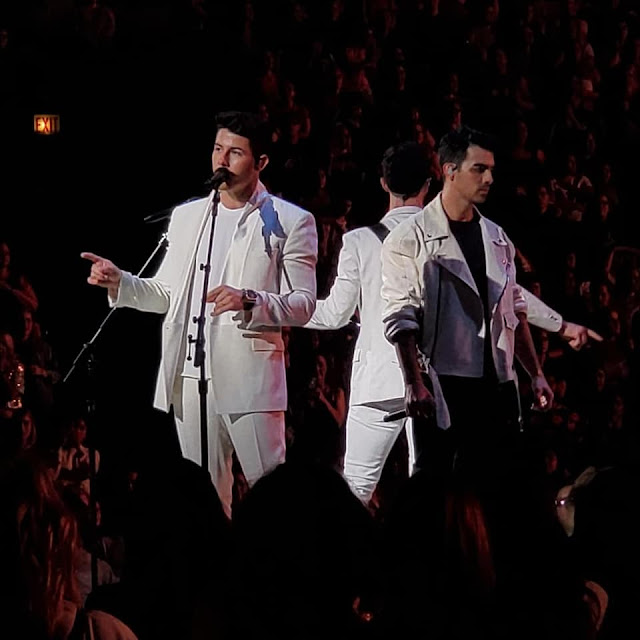 I waited over 12 years for this day. As an avid Jonas Brothers fan, stemming back to my days in junior high school, I was beyond stoked to hear that not only were they reuniting but that they were going on tour! Faster than a speeding bullet, I SNATCHED the concert tickets the day that they went on sale and that was honestly some of the best money I've ever spent. Alongside my play sister, Nik, who's been with me at many events, we had the ultimate fangirl experience. 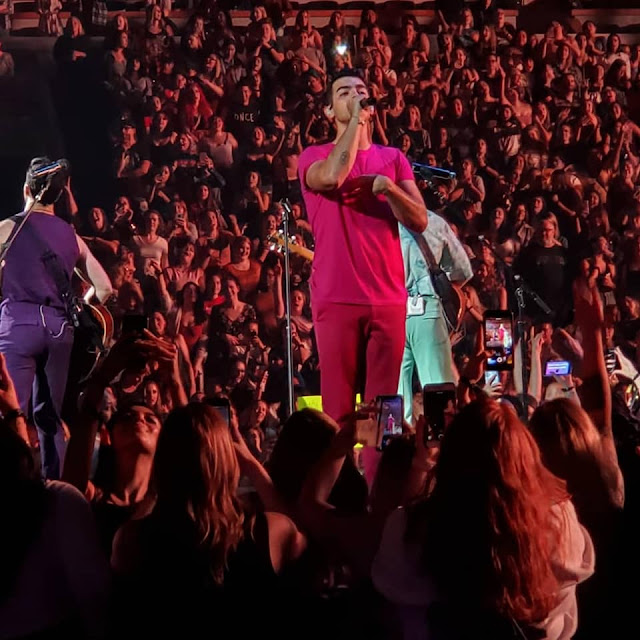 Sitting there in the United Center seeing one of my favorite boybands of my youth in the flesh ROCKING OUT to some of the many hits that I'd blasted throughout my teen years was epic! The countless posters, CDs, and merch that I had as a kid could NEVER amount to what it was like seeing them perform live. Even seeing their televised concert with Demi Lovato at the movie theater when I was 13ish could not hold the smallest candle to this flame. "Shook" is the best way that I can describe it. 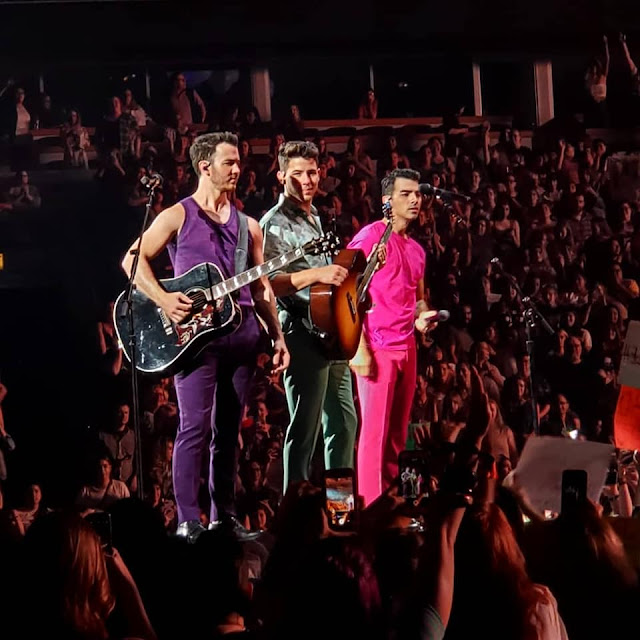 As expected, they were fly, fun and cool! The vocals were great and on top of that, the instrumentalism was AWESOME! Seeing them not only sing their hearts out but jam out on guitars while doing so was every bit of fantastic. Joe Jonas, being my long-time favorite, even took a second to step back from being the lead vocalist to do a few seconds of shredding on his electric. Talk about phenomenal.

I was absolutely blown away and would do it all over again if I could! It was 13 years in the making but baby it was 13 years well spent! This stop on my Living My Best Life Tour is complete and was successful at serving its purpose. Not to mention, it was conveniently named The Happiness Begins Tour and that resonated with me. As I get closer to the peace, happiness and self-love that I am seeking, things like this do nothing but give me a super boost, pushing me further down that path. 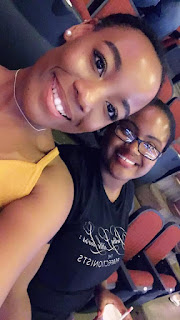 P.S. Much love to my sister, Nik, for coming along for the ride <3