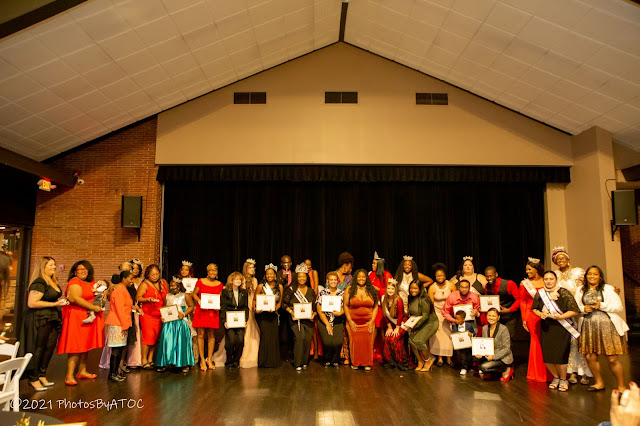 Hi Guys! Thanks for coming back to read another chapter of the Living My Best Life Tour. It's been a while, but with my life being much busier that it was before, I try to only come on here when I have a host different good news announcements to share. And, today is that day! It actually amazes me that even with my inactivity, the blog I started in high school over a decade ago still gets thousands of views a month (Thanks guys :D) . This is actually the very first blog post that I've written from the comfort of my new home office in my new apartment. I've finally accomplished a major milestone and gotten my own place in a really nice Chicago suburb with the space and layout I needed, moving out of my family's home on November 1st, 2021 at 25 years old. I will have an official house tour with an in depth office tour filmed soon and will upload and more in depth blog about the process then!
Since we last spoke, there were quite a few major life updates that have occurred and I'll cover them one by one!
2021 Annual Fresh Faces Project Awards Ceremony
*Taken From The Fresh Faces Project Website (read full article HERE)*
"We are honored to share this video from the 2021 Fresh Faces Project Annual Awards ceremony! This event was funded by our parent company Calynn Communications & Creative Inc. and has been able to maintain a completely pro bono stance since our first ceremony in 2017 with no ticket sales, nomination fees or entry fees. This video only captures a small depiction of how amazing that momentous evening was and we thank everyone who came out to show support ❤
We had over 50 honorees in attendance and could not be happier with the phenomenal creatives, entrepreneurs and humanitarians that we bestowed awards to. It is because of people like them that the world sees progress. We also had the official coronation of our 2021 Royal Ambassadors - Artists of Altruism who we will be promoting heavily throughout the year because these queens chose to represent our initiative for a year of service! This was also the first year we introduced Lifetime Honoree awards for those who have gone above and beyond with supporting our cause over the years!
The original upload of this video has over 35,000 views on Facebook and has been covered on the front pages of The Washington Mail, New York Today, and featured in several ABC, NBC, CBS and FOX stations along with almost 400 other news outlets! We thank you so much for your support of our cause!"
Retiring From Pageantry 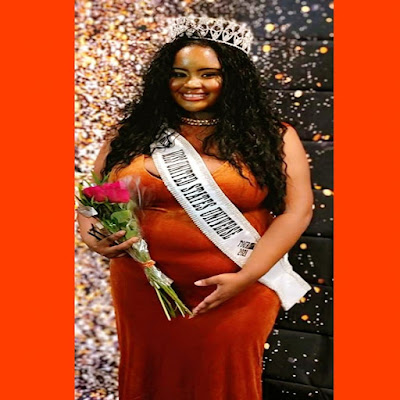 Throughout my time as a pageant queen, I've had the honor to accomplish INCREDIBLE things for which I am SO GRATEFUL! I've been able to donate to over 100+ causes, volunteer several hundred hours of my time towards nonprofit work that benefits various underserved and underrepresented groups in society, making a difference big or small in all 7 continents globally, as well as appearing in many major media outlets (see my As Seen In Page HERE). However, now that I have taken on major life changes and have decided to fulfill a life calling to work in the social services industry and go back to school (currently for my Master's, and one day for my Doctorate), I am retiring from pageantry to focus on all these exciting new goals in my life! Also, I've had such an incredible experience having two major titles back to back that I would rather "quit while I'm ahead" and retire at my personal best ;)
New Business Endeavors
I am speaking it into existence that 2022 will be my first 6 figure year! To accomplish this, I've done quite the bit of restructuring to my media firm, the Calynn Communications & Creative corporation, and it's all very thrilling! The most major thing is officially contracting my mom to handle a lot of our administrative and operational tasks, I am sure with her decades of office management experience that she'll bring us a new level of optimization. I also cut back a lot of service offerings that I had before and decided to focus only on PR, Advertising and Consulting services because they yield the highest ROI financially with the least amount of time. This meant getting rid of old favorites like social media management, copywriting and web design which was difficult after having worked with some clients doing these things for many years. But, I am excited for what the profit margins could look like this year with these changes and how much financial surplus I will have to donate towards my humanitarian efforts!
Fall Out Boy, Green Day, Weezer and Evanescence Live with One of My Besties @BlackCatMikaela

While we've been friends for almost a decade, this was surprisingly our very first year attending concerts together! And, they were both A HIT! We got to see two of the GREATEST Rock concerts of all time, one being Fall Out Boy, Green Day and Weezer at Wrigley Field and the other was Evanescence at Aragon Ballroom!  It was mind blowing to finally be able to do one of my favorite activities with one of my best friends (go to a bangin' concert) after 18 months of shutdown and I would do it all over again if it meant I could relive such soul-touching performances! Bands that I've been MAJOR fans of since I was barely a preteen were jamming out right before my eyes and a sold out stadium and venue. Pete Wentz shredding his guitar, Patrick Stump belting every hardcore note to some of the highest charting pop punk songs of the millenium, Billie Joe hyping the crowd to maximum capacity practically almost inciting a riot and Amy Lee singing her heart out and bringing us to tears of joy are all memories I'll NEVER forget! WOW is the only adjective to describe the experience.
It's been nice <3 Thanks for reading.
-Cay